Biographical Display
Isabel Clark was the youngest of Christina and Hugh Clark’s six children. Isabel grew up in North Otago and attended local schools including Oamaru South and Waitaki Girls’ High. When she finished school she decided to become a nurse like her older sister Elsie. She trained at Waimate Hospital and then at Oamaru Hospital.

Isabel was working in Auckland when she volunteered for the NZANS New Zealand Army Nursing Service Corps. She left New Zealand aboard the SS Maheno on 10 July 1915.

Isabel arrived in Port Said, Egypt in August and nursed sick and injured soldiers who had been serving at Gallipoli. Some of Isabel’s letters home to her sister Margaret are reproduced in the book Cloud over Marquette. She wrote:

…at present we have plenty of nursing to do-quite as much as any of us want. The worst cases stay at Alexandria (surgical) but our last convoy came straight to Port Said in Hospital Ship. It would really have broken your heart to have seen our boys – absolute wrecks, all with dysentery, enteric or diarrhoea. But it is surprising how they brighten up after a few days in hospital…

In October the Stationary Hospital that Isabel was working at was ordered to pack up so they could move from Egypt to the Greek port of Salonika (Thessaloniki). Isabel and other medical staff travelled aboard the SS Marquette. On 23 October 1915 this troopship was torpedoed by the German forces. Nurse Isabel Clark drowned and 166 other people on board died, including nine other New Zealand nurses. Sadly these deaths could have been avoided. The SS Marquette was a troopship so it was a target for German torpedoes. An empty hospital ship, which would have been safe from attack, was not used.

Isabel Clark is remembered in Oamaru with a Memorial Oak tree, a plaque at Oamaru Hospital and an essay competition at Waitaki Girls’ High School. 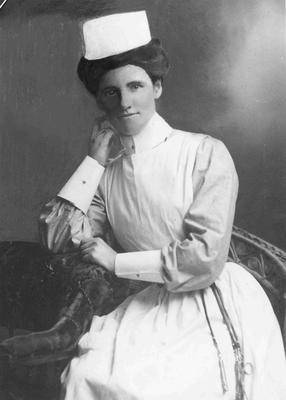 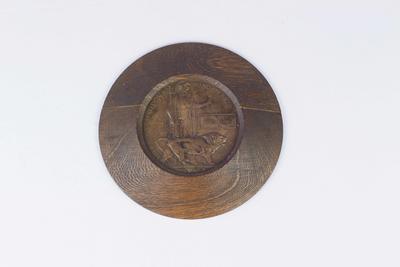