Description
This series includes detailed folios of plans of the Oamaru ‘Borough Race’ or water-race detailing route and construction needs. There are two copies of most of the folios. The only set that does not have a copy is the one labelled “Landon Contract”. For each set: the official copy carries three other signatures on the front page (John Henderson and James Marshall are the only two legible signatures, the third has the first name Henry, but the surname is not clear) Every page of the official copy also has: a stamp by the Oamaru Engineer’s office, D. A. (Donald) McLeod’s signature, and the initials J.H. (for John Henderson). The unofficial copy lacks all three of these marks, as well as the front page signatures.

Within this series each folio is numbered 1 to 9, and then the pages within the set are also given unique number (for example M0001.1.1 is the first page in set 1, M0001.1.2 is the second page and so on). The series was processed from previously accessioned items, the old number given to the plans has been retained and it is now in the 'Other Id' field, users can still search for the plans using the old reference number if need be (i.e if a reference is found to the plan that refers to the old number), just make a query in Vernon using the 'Other Id' field.

For the two sets labelled General Drawings the unofficial copy has an extra page between sheets E & F that is labelled ‘Overbye at 4.24’ but all other pages are identical in content and order.

For the two sets labelled ‘Black Point Section’ the pages are in identical order and content.

For the two sets labelled ‘Awamoko Section’ the unofficial copy has the 5 pages of water-race levels first and the 3 sheets of aqueduct details following. The official copy has 3 sheets of aqueduct detail in front, followed by the 5 sheets of water-race levels. The signatures of the four men noted earlier are found on the first page of the land plan, not the first page of the set. Within each section, the pages are in the same order, and are identical in content.

The only set for the ‘Landon Contract’ is the official copy, comprised of fourteen pages. Attached to the front of it is a newspaper advertisement. Issued by Council Chambers, Oamaru, on 7th May, 1877, it reads “Municipality of Oamaru – Oamaru Waterworks – Landon Contract – No eligible Tender having been received for this Contract, FRESH Tenders will be received for the Work on said Contract, up to Noon on MONDAY, the 14th INSTANT. Plans, specifications, and conditions to be seen at the Engineer’s Office. The lowest or any tender not necessarily accepted. E.W. ROXBY Town Clerk”. This is a second call for tender with the first probably having been issued in 1875.

The authority to construct the waterworks was conferred by Act of Parliament in October, 1875, which gave the corporation power to borrow £60,000 at 7 per cent., on the security of a special rate not to exceed 1s 6d in the £ and water rates as provided by the Municipal Corporations Waterworks Act, the charge being seven per cent. On the rateable value. Applications were invited from engineers throughout New Zealand and Australia, the salary was to be £1,000 per year. Local engineer Donald A. McLeod was engaged for a year. This appointment was opposed by the Mayor (Mr. George Sumpter) and Councillors Headland and Sinclair. The engineer’s salary was reduced, in August 1877, to £750. Seventeen tenders were received in May 1877 for the construction of the race in four lengths, the supply of pipes and the laying of pipes. The tender of Mr. John Henderson of £42, 415 8s 9d was accepted, but it was decided not to accept any tenders for the pipes as they wouldn’t be needed for another 18 months. The crown granted 288 acres for the intake and 88 acres for the reservoir were acquired from the New Zealand and Australian Land Company at a cost of £2060. On August 29, 1878 the tenders of Anderson and Co. (Christchurch) of £16,703 for pipes, and of A. and T. Burt (Dunedin) of £1377 for lead service pipes were accepted. In March 1880, reticulation for the town was begun. Three contracts were let for digging the trenches and laying 11 miles of pipes, the total being £2699. The water was turned on at a special ceremony at the reservoir on September 2, 1880.

Construction began in 1877 and was finished in 1880. The water race delivered water to Oamaru for 103 years. The race cost £136,800 in 1880 and bankrupted Oamaru for two decades. Construction went ahead until December of 1878, when the contractor went bankrupt. After that the Council let a small number of contracts to continue the work. On July 8th, 1880 Samuel Crawshaw was appointed plumber, storekeeper and inspector of water pipes for the Borough. He held this post through at least 1886. On the same date W.F. Paterson was appointed caretaker of Reservoir and Works.

The water-race comprises a 47km (26 miles and 35 chains) hand-dug open channel about two metres (8 feet at the surface, 2 feet 6 inches at the bottom) wide and 1 metre (4 feet) deep, going from 126m above sea level to 97m above sea level. Its fall was calculated to be 1:3964, so water flowed at about a walking pace. The race was unlined and leaked in the beginning until silt build up and plant life stopped it.

The Borough Race, as it became called, was designed from the beginning to provide 300 horse power of ‘spare capacity’ for motive power. This provision makes the race rare in New Zealand. (After completion it was found that the promised supply of 300 horse power was not available and in 1882 a contract was let to Mr. David Heron to raise the reservoir embankment by 15 feet, to increase the holding capacity from 25 million to 90 million gallons).

Along its length, the race crossed about 19 large streams via means of wooden aqueducts, which had a combined length of 1.4km. These were originally made of mixed wooden and limestone piers, but in the 1920s a few were rebuilt with concrete piers. All the wooden box flumes (roughly 2m by 1m) were replaced over the years with half-round steel channels. To protect supply quality, all along its route there were comprehensive provisions to divert any small streams, watercourses, and natural run-off. Typically these were diverted over the top of the race.

The race also coursed through six tunnels, each of which was six feet six inches high, six feet wide and had a combined length of 2.7 km (138 chains). The tunnels were partly lined with cut limestone, and the arched portals were all built from bolstered rocks. They were (from the northwest end) the Papakaio tunnel at 11 chains, the Boundary Creek Tunnel at 28 chains, the Italian tunnel at 45 chains (the last to be completed), Grant’s tunnel at 46 chains, Reservoir tunnel at 3 chains, and Pip tunnel out of reservoir at 5 chains.

The length of the race was looked after by a team of seven Racemen, who lived with their families in houses alongside the race. These men cleaned and maintained the waterway and the land beside it. Every Wednesday the race was de-watered and the Racemen would go into the watercourse to remove any detritus, mussels, bivalves, etc. as well as cutting back the grasses and weeds that grew into the water. Horses and drays were kept at two locations, and there was a centrally located engineering shop and forge. The water-race had over 150km of fencing, as it was fully fenced on both sides to keep out animals like sheep.

Apart from small take-offs allowed for domestic use and stock watering, the intake water was delivered in its entirety to the Ardgowan Reservoir. The race was not used for irrigation of pastoral land, but in the 1960s some irrigation of orchards and berry farms was permitted.

The 300 HP motive power water was put to use immediately through water engines, turbines, Pelton wheels and other water motors. By 1895 grain stores and flour mills were also using the water supply for motive power.

Because the water was reticulated right around the business area of town, and because it was at about 150 pounds per square inch, it was also quickly recognised as being ideal for electricity generating turbines. The first electricity was generated from it in 1887. DC (Direct Current) power was created using a genuine Pelton designed wheel connected to a bipolar Compton generator. By 1913 the Council, recognising the potential for reticulated AC (Alternating Current) electricity, decided to build its own Pelton wheel powered plant running off the water delivered by the race. Though not completed until 1917, Oamaru became the third town in New Zealand to have Council-supplied, fully reticulated AC power.

Information for this description obtained from the following: 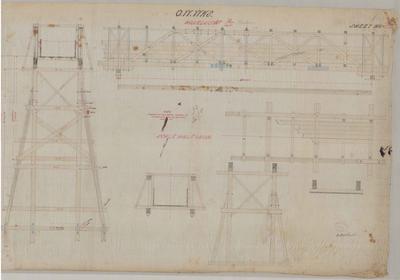 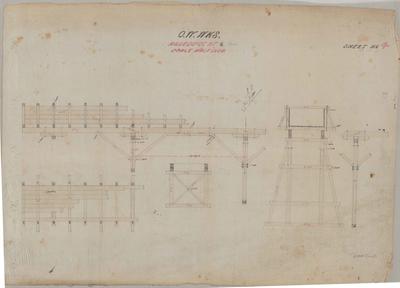 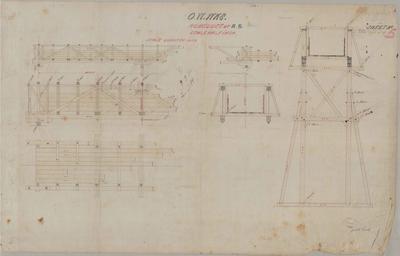 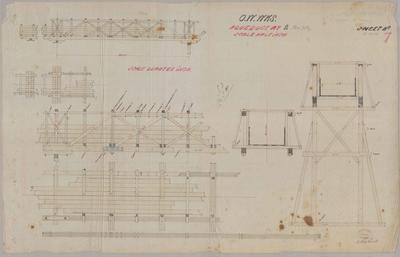 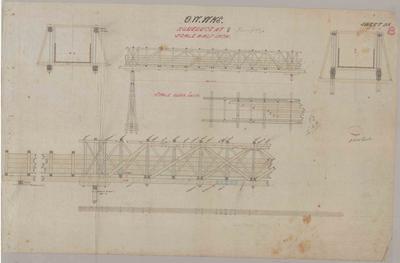 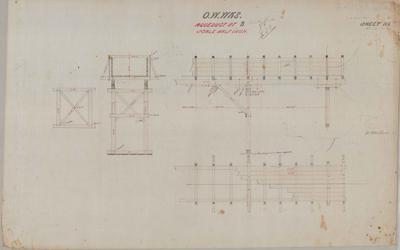 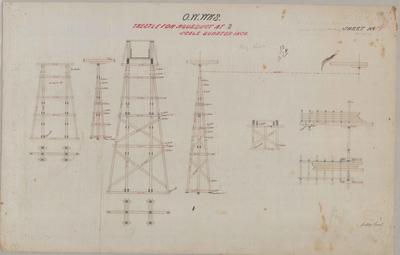 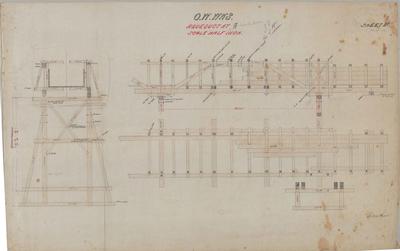 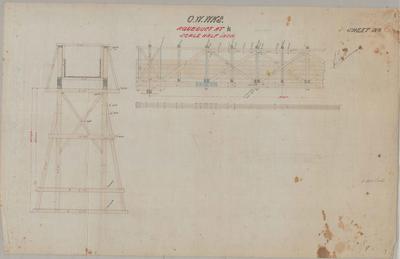 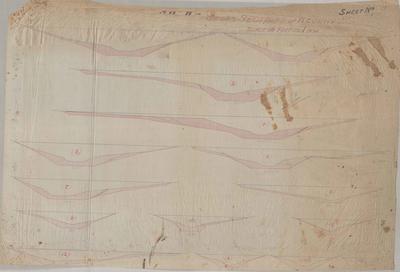