Description
David Miller Fea, Maheno. Came from Evie, Orkney Islands. Arrived by the ship "Wellington" in 1878 (1875?). In 1878 he leased 500 acres on the Kauroo Hill estate. He then bought land at Maheno and set up business as a storekeeper, which included having a bakery and bacon and ham curing functions. After 12 years he moved to the Catlins and then retired to Dalmore in Dunedin, where he died in 1921 aged 64 years. While in Maheno he served as chair of the school committee and was Second Noble Grand of the Maheno 100F Lodge. He was a director of the North Otago Caledonian Society for 9 years. He married a daughter of Mr James Clark of Maheno and they had four sons and four daughters. (North Otago Early Settlers' Association, 1993) Photograph has been painted over in colour

Media/materials
photograph/painting on matt board 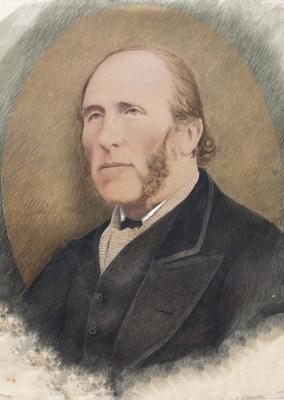 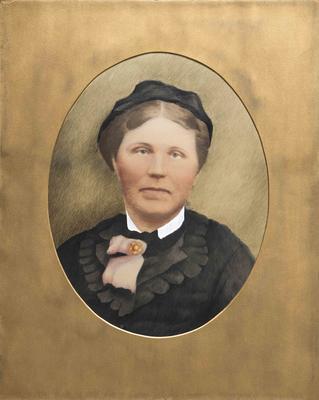 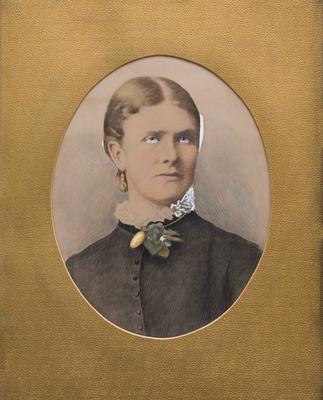 The development of Culture Waitaki’s collection online is a continual process. Records are updated regularly, with new information and images. There may be mistakes or omissions in the information provided and we welcome input from the public. High resolution copies of images may be available for purchase, please see FAQs for further details.