Description
First courthouse building, Thames Street (next to Athenaeum), c. 1902. Used for worship by the Church of Christ (as the City Temple) from 1895 to 1911. Courthouse completed early 1863. Replaced by new building further north in 1883. The first courthouse was vested in the Mechanics' Institute in 1882 for use as a museum, but used for other purposes ( e.g. a church and, later, sample rooms) when leased with the authority of the museum committee from 1895. Eventually used as a museum again from 1953 to 1973 as the North Otago Pioneer Gallery. Demolished in 1974 to make way for the new Oamaru Public Library. 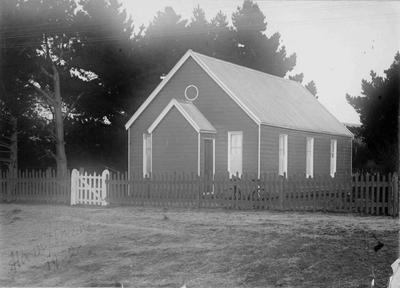