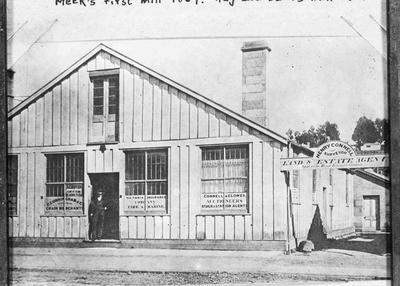 Written on back of one photo: 'Built by Henry France 1862. Was a store in Tyne Street. Later became the Post Office till 1864. Then it was occupied by P. Cunningham, a produce merchant. Other tenants were Henry Connell and Partner Cloves in 1875, when this photo was taken. This building was still standing in 1961."

Written on back of another photo:' Henry France's store and Post Office 1862-64. Removal notice in window at left of door suggests 1877 as date of photo.